Danielle Buck, a dotoral candidate in the University of Arizona's Department of Molecular and Cellular Biology, has shown for the first time that genetic mutations in the titin gene can cause skeletal muscle myopathy, a disease in which muscle fibers do not function properly, resulting in muscle weakness. Myopathic disease can affect heart muscles as well as skeletal muscles, and titin is responsible for many problems associated with heart disease. Danielle recently had an article published in the Journal of General Physiology as well as a news release written about it. The ARCS Foundation is mentioned as well. To read more click on http://uanews.org/story/ua-researchers-find-culprit-behind-skeletal-muscle-disease 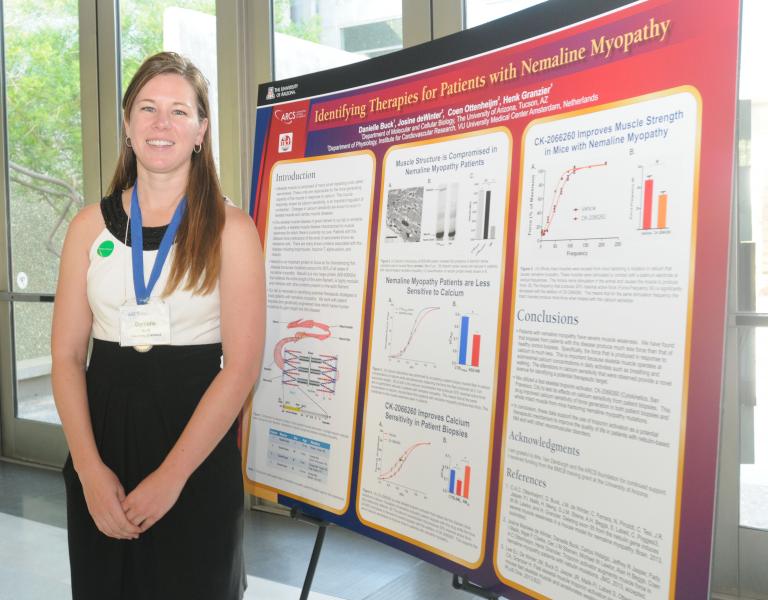 Danielle Buck, an ARCS Phoenix Scholar in 2012-2013 and 2013-2014, works under the direction of Henk Granzier, a University of Arizona professor, who has studied titin for years. Previous studies had shown that alterations in titin are involved in muscular myopathies, but whether these deviations actually cause myopathies, or merely result from them, had remained a mystery.  Danielle has shown that mutations do in fact cause myopathies in skeletal muscles.