Carri LeRoy’s mentoring abilities and science outreach programs for students and prisoners have caught the eye of the White House.
An ARCS Alumna and faculty member at The Evergreen State College in Olympia, Washington, LeRoy received the Presidential Award for Excellence in Science, Mathematics, Technology and Engineering Mentoring (PAESMEM) by the National Science Foundation (NSF), and the White House. She was recognized during a special ceremony via Zoom on February 11th.
Established in 1995, the Presidential Award is one of the highest honors in the nation for science and mathematics teachers, who display exemplary mentoring methods for groups historically underrepresented in STEM sectors and workforce, according to the website.
“I was surprised because I teach at a very small school to win this national award,” she states. “I was excited, but I was also very honored and humbled.”
LeRoy was nominated for the award by one of her former college students, Iris Garthwaite, now a graduate student at Northern Arizona University.

“Dr. LeRoy was always open to reviewing coursework and providing academic and career guidance in a thoughtful and respectful way. She is open to feedback from students, which creates an environment of inclusivity, growth, and openness. Her excellent teaching, mentorship, and accomplished research career inspired me to pursue academic and research opportunities in the field of ecology,” Garthwaite says.

But perhaps one of her biggest outreach accomplishments was the expansion of the Sustainability in Prisons Project (SPP), which she co-directed from 2011-2017. The initiative is a partnership between The Evergreen State College and the Washington State Department of Corrections. It reaches out to prisoners of all ages, at all places, from minimum to maximum security institutions—and even those in solitary confinement.

According to LeRoy, SPP encourages growth and development for correctional officers and incarcerated students, plus provides professional development experiences for Evergreen students specializing in social justice. The program teaches topics incarcerated students wouldn't have access to behind bars, such as science, environmental studies, and environmental justice.

“We have a lot of sustainability projects at the prisons, like gardening, recycling, composting, dog and cat rehabilitation programs, even making teddy bears out of discarded fabrics,” she explains.

SPP also partners with zoos, state agencies, such as the Department of Natural Resources, and nonprofits to allow incarcerated students to raise endangered animals and plants in prisons. In turn, the students earn college credit and certificates through The Evergreen State College.

Under LeRoy’s tutelage, SPP grew from only being at three prisons to twelve institutions throughout the state of Washington. The program is also being used in other states and internationally, she adds.

LeRoy was an ARCS Scholar award recipient in 2004 while working on her PhD in Biological Science at Northern Arizona University. Her research focused on the influence of plant genetics on ecosystem functions in riparian forests and stream environments.

According to LeRoy, the ARCS award allowed her to graduate early—and empowered her to continue scientific research.

“At that time, I didn't have a lot of college role models. Receiving the ARCS scholarship award was a great validation for me that I belonged in the scientific community.”

It’s the same sense of empowerment LeRoy hopes to pass on to others through her mentorship programs and outreach initiatives. 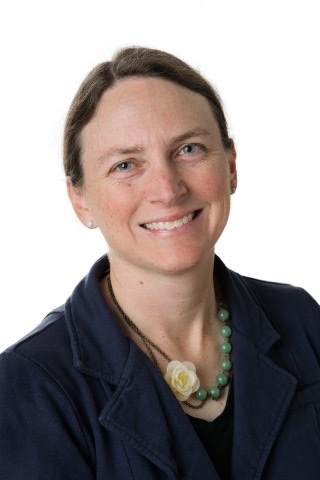